Tao of the Dog: Sitting Pretty

Years ago when we were taking both Cheyenne and Jetson to Sit Means Sit here in Austin, we were told by one of the instructors that dogs have two ways to sit. One is the straight-forward one leg on either side position that most dogs do, while the other is more relaxed, where the dog has both hind legs to one side and is leaning essentially on their hip. The relaxation distinction was important to the lessons at Sit Means Sit, because they were all about trying to keep your reactive dogs calm and whatnot. These days, Cheyenne only sits with both legs out to one side, but I don’t think it’s because she’s relaxed… she’s just old.

Cheyenne is getting on in years… nine by our count. She had ACL surgery a while back, and though she loves to play fetch, it’s not great for her legs. We have to limit her to a handful of throws and make sure we throw it in such a way that she won’t be spinning around or changing direction quickly.

She sleeps a lot more these days, and if she thinks we don’t notice, she’s wrong. Recently, she has taken to sleeping in El Matador’s room, especially if we’ve still got lights on the bedroom and she wants somewhere dark to put down. It’s important to stop and think about your pets from time to time. Before you know it, you’ll be writing their quasi-obituary and trying to capture everything that was wonderful about them.

She’s grown more demanding in her old age. Breakfast is at six, but don’t think for a second she won’t be sitting by your side of the bed at 5:30 a.m. just waiting for you to wake up. Dare to get up late? She’ll yip and bark after 30 seconds past 6:00 a.m. She’ll yip and bark at the door to go out. She’ll yip and bark at a French fry that has fallen under the table that she’s too scared to reach for. These yips and barks will pierce the otherwise silent house and often make you pee a little. So at least she’s keeping us on our toes. 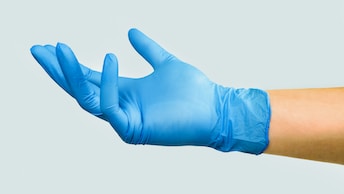 The Summer of Heat and Despair

Poems I Wrote In My Closet: Daddy

The Minimum Jetpack Plan Needed to be Included in WordPress Reader